skip to main | skip to sidebar

It takes the best broken sunflower to play this view the way it was supposed to be pointed and evoke  the emotion while lighting it. Thanks for lighting it (the lamp)!
Gira-sol a la nit enmig de la fosca, una NIT d'hivern al pati de la xemeneia

It can be played on a different lamp 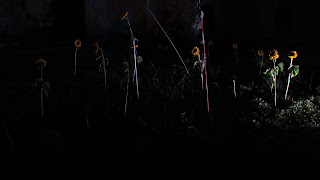 In the dark... ground lighting 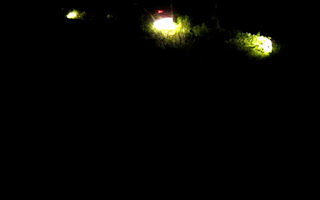 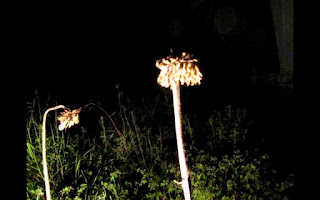 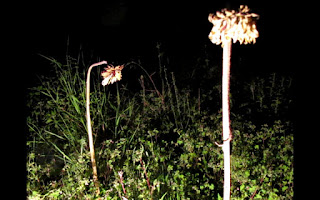 Douglas Ferguson played in the LEM Festival, in Barcelona's Zoo.

(Ceiling) Hanging Upside Down Sunflower in the studio

We Finally Know How Sunflowers Track the Sun Across the Sky
(...) First they staked the plants so they couldn't move, or faced their pots west at the start of the day to interfere with the signals they would usually receive from the Sun, and showed they were able to disrupt their movement. (...)

(...) Scientists have known for centuries that sunflowers track the Sun across the sky, turning their flowers from east to west as the day progresses. But a team of scientists has finally been able to figure out exactly how this happens. (...)

A new view on the picture of the group at the door...

finally been able to figure out exactly how this happens


having a strong effect on your green mind or flower body

Light and Dried Sunflowers at the museum during the Live action
Author: Jordi Casañas, photographer. 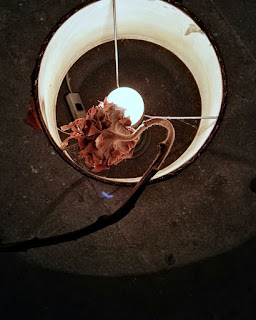 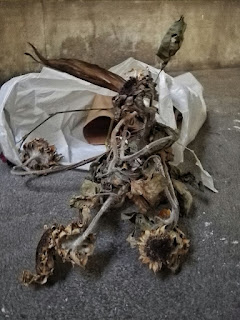 Dried Sunflowers in a plastic bag
Posted by llapispanc at 11:01